Parenting relationships are another often difficult but incredibly rewarding place to use coaching skills. Far, far too often we take the role of boss, telling our children what to do, how to do it, and even what to think or believe about the world around them. Although sometimes telling is necessary, you’d be amazed at the number of times you can use coaching skills to help your children arrive at their own perfectly good conclusions.

Can you coach your kids?

Let’s take an example of a 16-year-old girl who seems to be having some difficulty with her boyfriend. And let’s pretend you are her mother. What you might want to say is something like, “You should break up with him. It’s obviously not going well, and there are other fish in the sea.” For those of you who have teenagers, how do you think that advice would be received?

Exactly. She’s much more likely to lash out at you and stick with him, even if deep down she sees your point. First of all, it’s coming from a parent. Second, it’s telling your daughter what she should do. Third, she did not appear to have invited your feedback. 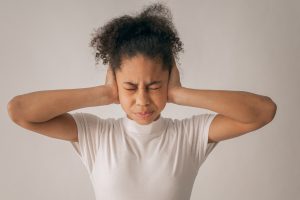 How to coach your kids

What about doing something like this instead? “It seems like you’re having some difficulty. I’ve heard of this set of questions that is supposed to help with decision-making and getting clarify. Would it be okay if I just asked you these questions and we can see they are helpful? I won’t give any advice, just ask questions.”

If she agrees, here are the questions:

Note their unbiased and un-leading nature.  A teenager, answering these questions honestly, might come to the conclusion that a breakup is in order. But she might equally come to the conclusion that a few simple tweaks are needed and could be addressed through a conversation. Asking questions and listening leaves the power and the decision-making entirely with her, which is where it belongs.

Does it work with younger kids?

Sure! The same basic principle could apply to a 6-year-old having a fight with a friend. You could ask, “What happened?” “What is your friend saying happened?” “What are some ways you could solve this problem?” “Which of those sounds best to you?” “How will you do it?”

Coaching after the fact

The temptation as a parent to tell your kids what to do and to try to make their choices for them is strong. In many cases, you do know what the best answer is. But if you tell them what to do, not only will they not have any real ownership over their decisions, but they will never have the advantage of being able to learn from their mistakes.

Sometimes the best coaching takes the form of a post-mortem after a situation really goes badly. “What happened?” “What did you learn?” “What will you choose to do differently next time?” “What steps can you take now to try to repair the situation?”

Ultimately, your kids’ choices are their own. And your role as a parent is to move them slowly toward independence and good decision-making skills as they get older. That starts early—as soon as they learn to talk. Sure, protect them from the big stuff: they don’t have the choice to run out into traffic. But they do have the choice to knock over someone else’s block tower and see what happens. Protect them from major bodily harm… but not from all consequences.

Eventually, all of their choices will be their own, and you—along with all the other empty-nest parents—will be left with the serenity prayer: “God, grant me the serenity to accept the things I cannot change, courage to change the things I can, and wisdom to know the difference.” Control is an idol, as well as an illusion.

Rather, try to serve as a support to your children. “What do you want out of going to that party?” “What are some ways you can stay safe?” “What do you want your life to look like?” “What steps can you take to move it in that direction?”

The work you do as a coach is important so you want to be the best coach you can be. There is no better tool to assess your coaching skills than the 360° Christian Coach Assessment.

This online tool accurately pinpoints your coaching strengths and areas for further development. Use in conjunction with Christian Coaching Excellence for targeted exercises, maximizing your time and effort to raise your effectiveness as a coach.

There are still a couple of spots open for the cohort that begins September 1st! Learn more HERE. Contact services@christiancoachingtools.com to register.

Not sure where your place is in ministry? Start here.

What do you uniquely bring to the table? It might be different than it was a few years ago.

How many times have you heard leaders share that they are considering a “new ministry” opportunity? How to help with discernment surrounding transitions.

Money is a touchy subject. But dreams need to be financed so it’s a topic that comes up regularly in coaching conversations. Here’s how to help your client’s align their finances with their goals.

Drop the tasks that are holding you back

Are you feeling like your wheels are spinning but you’re not going anywhere? It sure is hard to stay motivated when you aren’t seeing results. It’s time to examine and drop the tasks that are holding you back.

6 reasons coaching is the best investment

Things are different now—and that make coaching more important than ever. Here are a few reasons why coaching may be your best investment in 2023.

Sharpen Your Coaching Skills in 2023

If the last few years have taught you anything, it’s that adaptation is necessary and good. Finding the best ways to support people and teams in their personal and ministry development is an ongoing, life-long process.

Are you running out of time?

You have so much you want to do but where can you find the time? Here are six things you can do to find the time to accomplish what you really want to do.

Are you struggling to find the right small group curriculum? There are a lot of great programs out there and you may have even tried some but if they just aren’t fitting your context or meeting your needs—what do you do then?

There are ministries and even bible studies filled with Christians who can’t answer the question, “What is God doing in your life?” How can you help them jumpstart into renewed spiritual growth?

You see the same people at church doing the same things over and over again. They are faithful but they aren’t really becoming more like Jesus. How can you as a coach help Christians break out of a spiritual growth plateau?